Linking identities is used after you have signed into Alludo the first time. If you have never signed in to Alludo, read the Signing In To Alludo article before proceeding.

Linking accounts happens much less frequently than signing into Alludo with a single identity. However, there are several cases where it may be required to link one or more identities to an Alludo account. An example where you would want to link multiple identities to a single account might be for a district that provides both Google and Microsoft Office 365 accounts. Another example would be to link your personal Gmail account to your Alludo account.

In the steps that follow, it is assumed that you have already signed into Alludo with your district credentials and created an account. 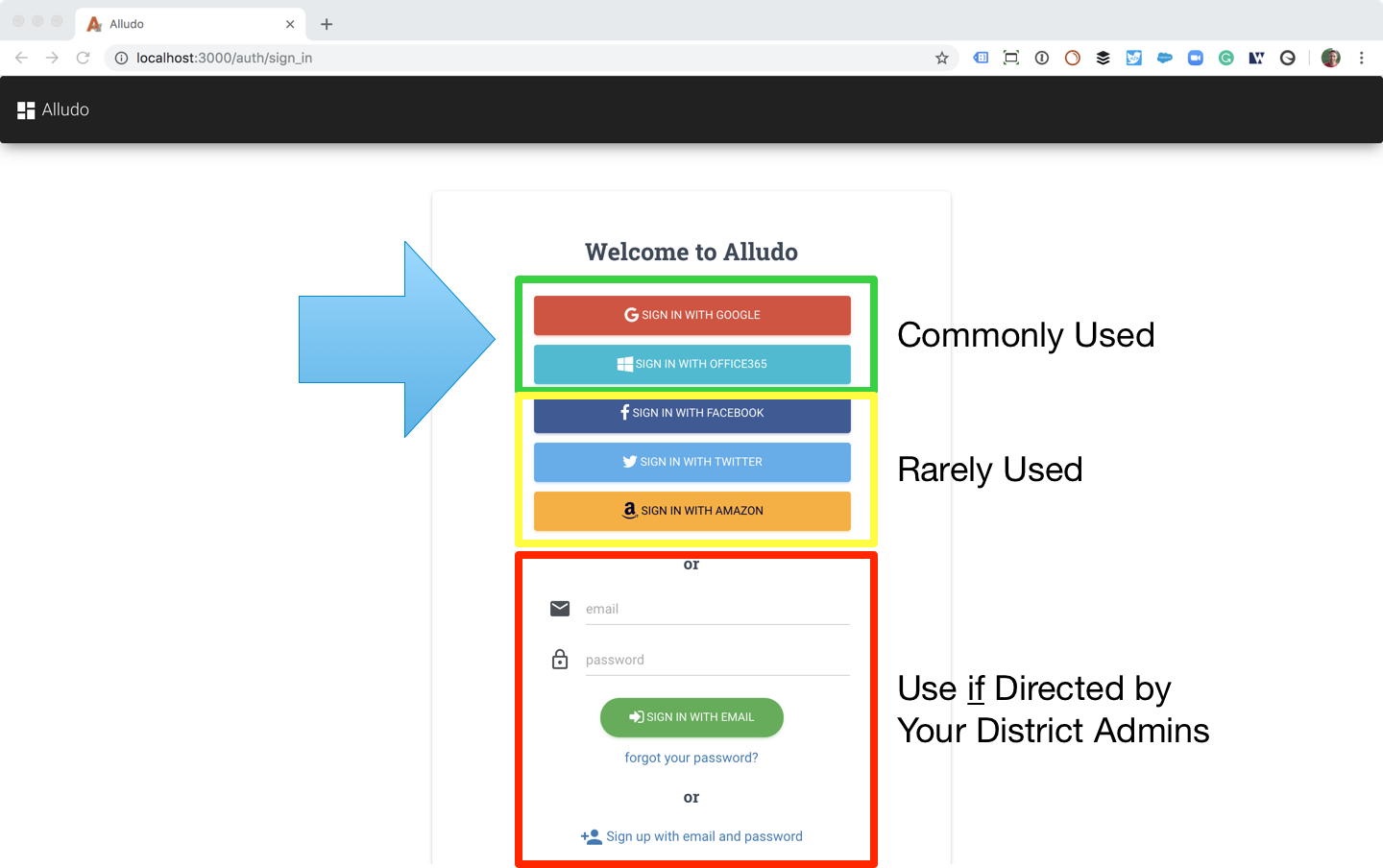 Select Link The New Identity To Connect To Your Existing Account 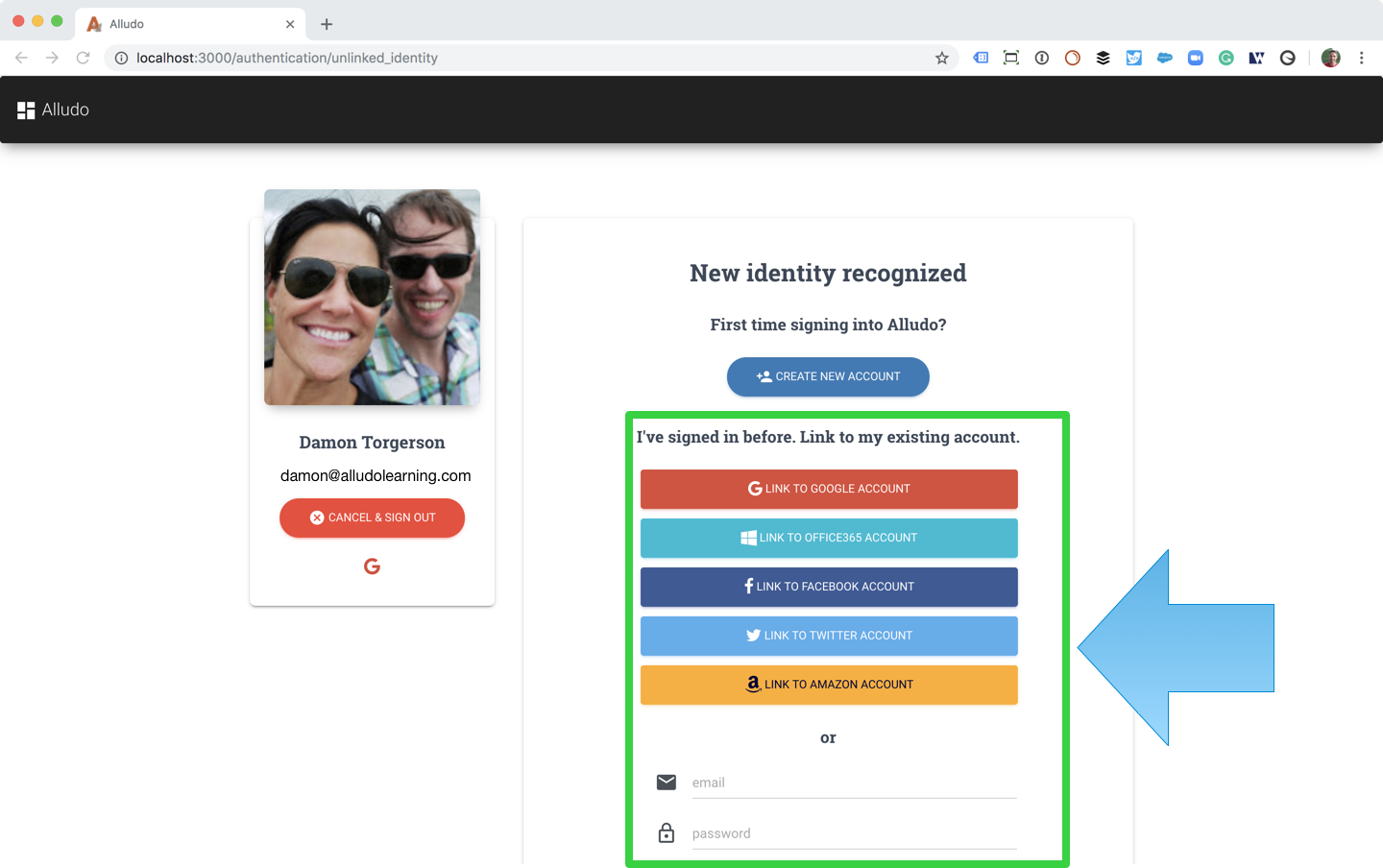 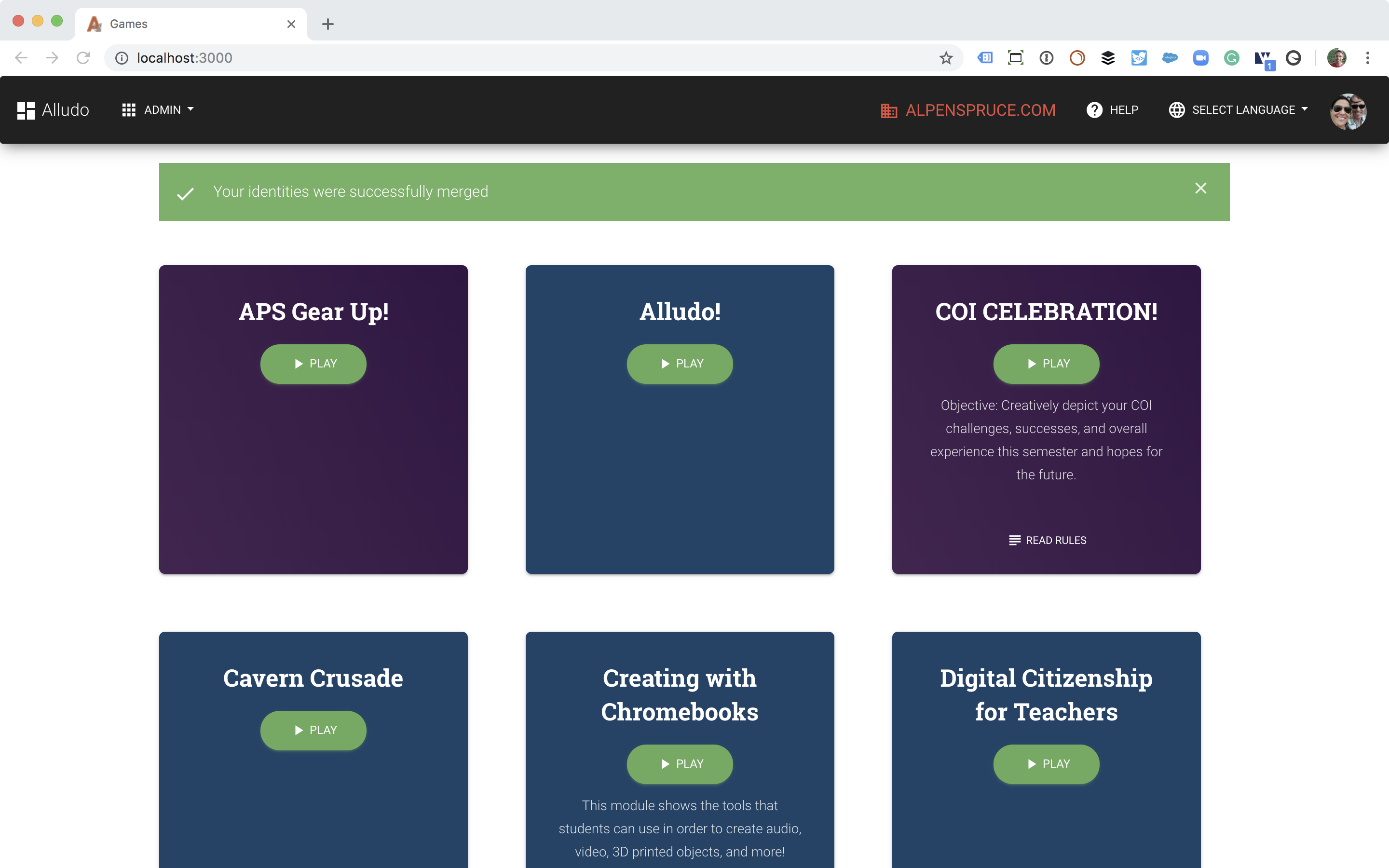