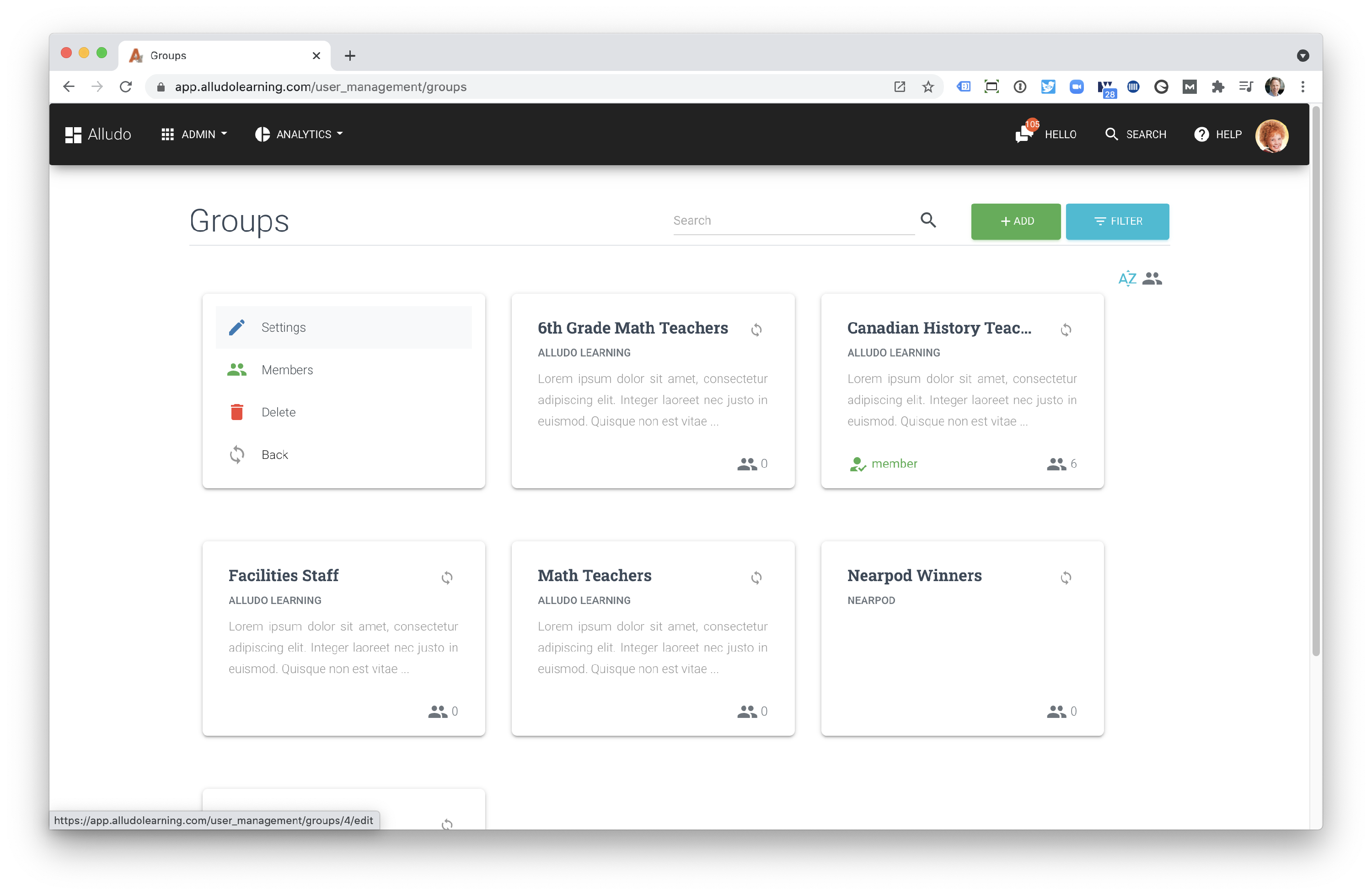 The only way to organize people in Alludo before Groups was school sites. While important organizing people by school sites was quite limiting: a person can belong to one and only one school site.

You can do this with school sites but it gets unruly quickly. With groups you no longer have to hack school sites to create groups.

Once you have people organized into groups you can view how the each group is performing within the Group Performance report. Be sure to check out the related articles to dig deeper into things like Group Reporting.